Through the generous support of the Robert Wood Johnson Foundation (RWJF), the Eastern Evaluation Research Society (EERS) launched the Eleanor Chelimsky Forum on Evaluation Theory and Practice at the 2013 Conference.

The genesis of the Forum was a paper titled, Balancing Theory and Practice in the Real World, authored by Eleanor Chelimsky for the 2012 EERS Annual Conference. Recognizing the interdependence of evaluation theory and practice for developing best practices and the often divergent views of theorists and practitioners, Chelimsky recommended that a forum be established to mediate the divide between “principle and context.” Her vision was that theory and practice would inform each other and, “in that learning process, both would be inspired to stretch, to bend a little, to grow,” thereby adding “breadth, depth and realism to our work.”

The EERS Board of Directors voted in 2012 to establish the Eleanor Chelimsky Forum as an annual conference event. Subsequently, the Robert Wood Johnson Foundation generously approved funding for the Forum through 2017.

In keeping with Eleanor Chelimsky’s original intent, the goal of the Forum was to surface, examine, and offer responses to important issues raised by evaluation theorists and practitioners. The Forum was the centerpiece of the EERS Conference from 2013-2017. A 90-minute plenary session, it featured well-known authorities in the field of evaluation who discussed new or persistent problems in the fit between theory and practice, including proposals for resolution of the problems. Audience interaction was a significant part of the Forum, with discussions reflecting a tone of “respectful inquiry.” As Chelimsky writes, “If we are successful balancing the two, both theory and practice will be changed.” 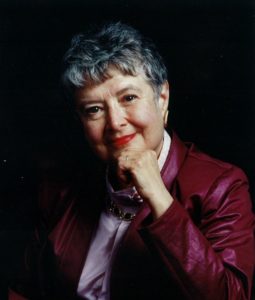 From 1980 to 1994, Eleanor Chelimsky directed the Program Evaluation and Methodology Division of the U.S. Government Accountability Office (GAO). Her tenure was influential in shaping the public agenda, producing nearly 300 evaluations of government policies and programs for Congress, as well as developing and demonstrating new methods for evaluation. During her public service career, Chelimsky served as United States Assistant Comptroller General, as President of the American Evaluation Association, and as President of the Evaluation Research Society. She was an economic and statistical analyst at NATO, a research manager at the MITRE Corporation, and studied in Paris as a Fulbright Scholar.

Eleanor has written and published extensively on evaluation theory and practice, and its relationship to public policy. She has received many awards for her work, including GAO’s top honor, “The Comptroller General’s Award” for unparalleled contributions in developing innovative approaches to evaluate the effects of government programs and fostering their use by GAO and decision makers in the United States and abroad. She is currently an independent consultant for evaluation policy, practice and methodology and is a member of AEA’s Evaluation Policy Task Force. Her recent work includes projects for the U.S. Public Health Service, the European Commission, the World Bank, the National Academy of Public Administration and others.