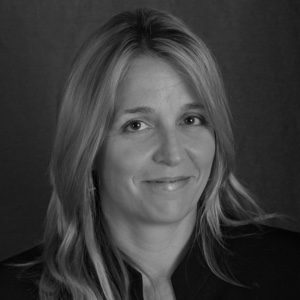 Kelly Fitzsimmons is a committed social innovator. She launched Project Evident in 2017 to test alternative solutions to increase the supply of evidence-based approaches in the social sector and scale them faster. To date, Project Evident has supported the evidence-building efforts of over 40 practitioners and funders.

A recognized field leader, Kelly served as an expert witness for the Commission on Evidence-Based Policymaking, which informed the Evidence-Based Policymaking Act signed into law in 2018. She leads Project Evident’s Next Generation of Evidence initiative, a partnership with the Brookings Institution that brings together practitioners, policymakers, and funders around the opportunity to make continuous evidence building standard and supported practice in the social sector.

Kelly currently serves as a Leap Community Ambassadors and is a member of Results for America’s Invest in What Works Federal Standard of Excellence Advisory Committee. A graduate of McGill University in Montreal, Fitzsimmons holds an MBA from Boston University.

Building the Next Generation of Evidence